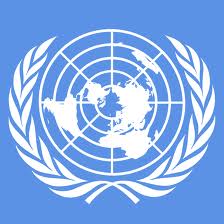 Posted by Keith McNeill at 9:43 PM No comments:

I've posted a petition on Care2 that calls for a Canada-wide referendum on carbon fee-and-dividend. The URL is www.thepetitionsite.com/850/161/365/petition-for-a-referendum-on-carbon-fee-and-dividend-for-canada/ 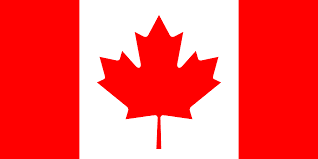 Posted by Keith McNeill at 11:37 PM No comments:

Days three and four of the Citizens Climate Lobby-Canada conference were when the rubber hit the road.
After two days of workshops on Nov. 20 and 21, the nearly 70 participants at the conference fanned out across Parliament Hill to speak to 43 MPs and senators to tell them about using carbon fee-and-dividend to control climate change.
Most of them came back optimistic. The general feeling was that there is movement happening behind the scenes in Ottawa on this issue.
This reporter visited three people on the Hill: my own Conservative M.P. for Kamloops-Thompson-Cariboo, Cathy McLeod, New Democrat finance critic Nathan Cullen, the M.P. for Bulkley-Skeena, and Senator Nancy Greene Raine of Kamloops, also a Conservative.
The meeting with Cathy McLeod went well. She is Parliamentary Secretary to the Minister of Labor and Western Diversification. As such, she has a nice office in the Justice Building
with a beautiful view of the Ottawa River.
With me on the visit were Sonia Furstenau and Blaise Salmon of the Cowichan Valley, Geoff Richards of (I believe) Waterloo, Ontario, and Michael Polanyi of Toronto.
McLeod was, perhaps not surprisingly, the perfect hostess – quickly putting everyone at ease.
One got the impression that she was happy to meet with ordinary Canadians to talk about an issue, rather than with professional lobbyists.
Her questions were shrewd and forthright, although one never knew quite what her own thinking might be. She often used phrasing such as, “There are those who say that….” and then asked for a response.
The meeting with Nathan Cullen was not quite so relaxed, possibly because he was expecting to be called away to a vote in the House of Commons.
“Let’s start at the end and work back,” he said, wanting to make sure we covered the meat of the meeting first.
The other CCL members at this meeting were Sonia Furstenau and Blaise Salmon of the Cowichan Valley, Laura Sacks of Nelson, and Nicole Melanson of Saltspring Island.
New Democratic policy is to seek a cap-and-trade approach to climate change control, rather than fee-and-dividend.
Cullen conceded this approach has problems, as the different approaches to cap-and-trade can be complicated, making it too easy to cheat.
The NDP finance critic asked some tough questions about the fee-and-dividend approach. One got the impression, however, that he might have been looking for good answers that he could use if he brought the subject up elsewhere.
This reporter’s final meeting was with Senator Nancy Greene Raine late on the Tuesday morning. She was between meetings in the East Block and, as her office is in another building, we had to meet in the hallway by the security counter.
The meeting was to have been for a half-hour but the senator was detained and it only lasted for 15 minutes.
The former world ski champion was apologetic for the inconvenience but a fair amount of information was exchanged nevertheless.
Greene Raine was skeptical about some aspects regarding human-caused global warming.
She showed some interest, though, in the dividend side of the fee-and-dividend proposal, which would help those on limited incomes and stimulate the economy.
Those attending the meeting with me included Laura Sacks of Nelson, Rachael Derbyshire of Guelph, Cathy Lacroix of Toronto and Valerie Blab of Red Lake, Ontario.

Posted by Keith McNeill at 6:18 PM No comments: 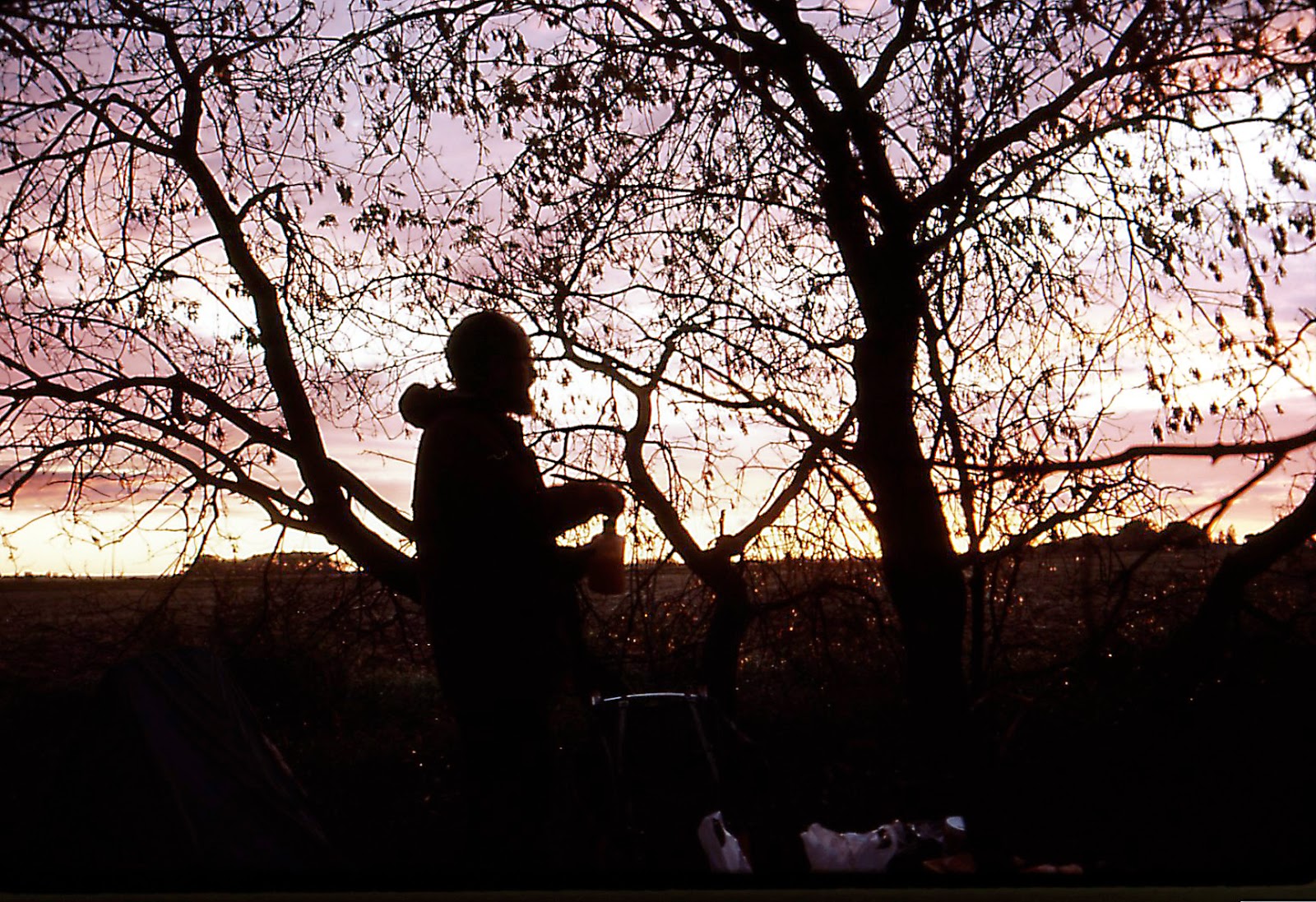 Here's a photo of me somewhere in the Prairies, probably Saskatchewan, during my walk in 1987.

Posted by Keith McNeill at 8:13 PM No comments:

The second day of the Citizen Climate Lobby - Canada conference was even more interesting that the first.

Speakers included a Skype appearance by Dr. Katharine Hayhoe, a climate scientist and evangelical Christian who was born and grew up in the Toronto area but who now lives in Texas. She talked about the need to shape your climate change message to your audience - for example, evangelical Christians.

Michael MacMillan talked about his book, "Tragedy in the Commons," which is based on interviews

done with 80 former M.P.s about their experiences in politics. Even though many of them had been in senior cabinet positions, they overwhelmingly were unhappy with the high level of party discipline in the Canadian parliament. Several reforms were suggested.

A common metaphor used to explain how people react to the threat of climate change is the story of putting a frog in a pot of cool water and gradually warming it. The frog supposedly will remain until it cooks. Tom Rand, the
keynote speaker in the afternoon, talked about his book "Waking the Frog," which examines the psychology of denial.

Final workshop was a panel discussion on economics with Tom Rand, Celine Bak (president of Analytica Advisors), Stewart Elgie (University of Ottawa and member of the new EcoFiscal Commission), Christopher Ragan (chair of the EcoFiscal Commission), and David Robinson (Institute for Northern Ontario Research and Development).
Although Celine Bak emphasized that she is not an economist, the panel members seemed to agree that the consensus of economists was that the best way to tackle climate change would be by pricing carbon dioxide - preferably through a carbon tax.

Stewart Elgie said a carbon tax set at $30 per tonne (the same as B.C.'s) would generate $20 billion per year federally (assuming there are 20 million adults in Canada, that would mean a carbon dividend as proposed by CCL would amount to $1,000 per year per adult).

The day closed with convention participants getting together to plan their meetings tomorrow (Monday) and Tuesday with M.P.s and senators.

The first day of the Citizens Climate Lobby - Canada 2014 conference in Ottawa was interesting and informative.


Main speaker was Mark Reynolds, the executive director of CCL. He outlined the history of the 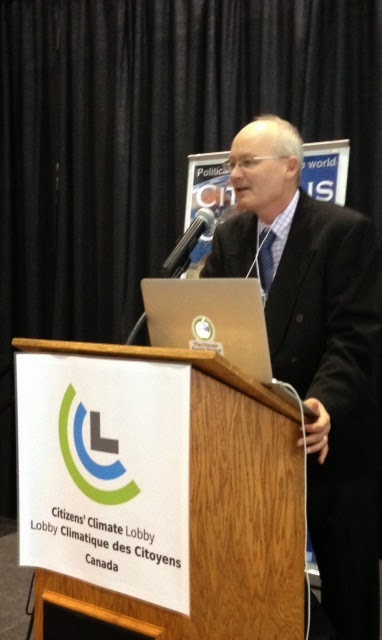 organization and outlined the approach they take when speaking with legislators - respectful and non-confrontational, to listen as much as to speak.

Final item on the agenda was the handing out of assignments. I'm to meet with my M.P., Cathy McLeod plus M.P. Nathan Cullen on Monday, and with Senator Nancy Greene Raine on Tuesday. Groups of between three  and five CCLers will be visiting each.
Posted by Keith McNeill at 11:33 PM No comments:

Meeting with the One World Conspiracy

Thursday I added another eight km east of Toronto to my Gandhi Worldwalk. Friday I took took the train to Ottawa, signed in at the Ottawa jail hostel, then met the One World Conspiracy for a beer.

The Conspiracy, for those who don't know, is a guy named Fergus Watt. Some might be surprised to 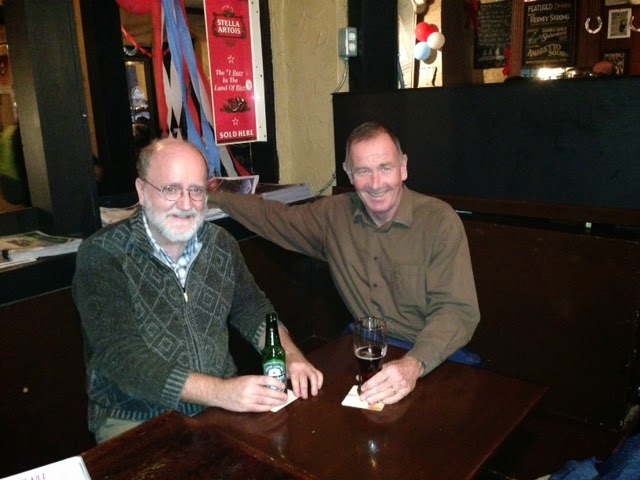 learn that the Conspiracy consists of one guy sitting in Ottawa with a typewriter (OK, now a computer). Fergus is the executive-director of World Federalist Movement - Canada. He and I worked together back in 1989 when I was trying to use my walk to promote a petition calling for reform of the United Nations. He's quite a smart guy and I respect him a lot.

Fergus reminded me of the Hague Declaration on the Environment that was negotiated in 1989. Back then, there was a worldwide consensus on climate change, that the atmosphere was a global commons, and that there needed to be decisive action. That was before the opposition got organized and things went sideways.
Posted by Keith McNeill at 5:08 AM No comments:

Keith McNeill
Over a total of eight months in 1987 and 1989 I walked from Clearwater, BC, to Toronto, ON, a distance of about 4,000 km. Purpose of the walk was to have been a round-the-world pilgrimage to India and back to honor Mahatma Gandhi. Unfortunately, a minor but persistent foot injury (plantar fasciitis) forced an end to the walk. However, as this blog shows, the walk continues, but in a different form. 'Presently, I am the editor of the Clearwater-North Thompson Times in Clearwater. In 2011 and 2014 the Canadian Community Newspaper Association awarded the Times first place for best all round newspaper in its circulation class. The Times has been a top three finalist 10 times for General Excellence with BC and Yukon Community Newspaper Association in its circulation class during the 13 years I have been editor, and won first place in 2006, 2010 and 2014. My hobbies include hiking, cross-country skiing, and photography. I was born in North Vancouver, B.C., Canada. In 1971 I graduated with a B.Sc. in Biology from Notre Dame University of Nelson, B.C. I was in Freetown, Sierra Leone (West Africa) for two years, 1974 and 1975, doing research on oyster culture.